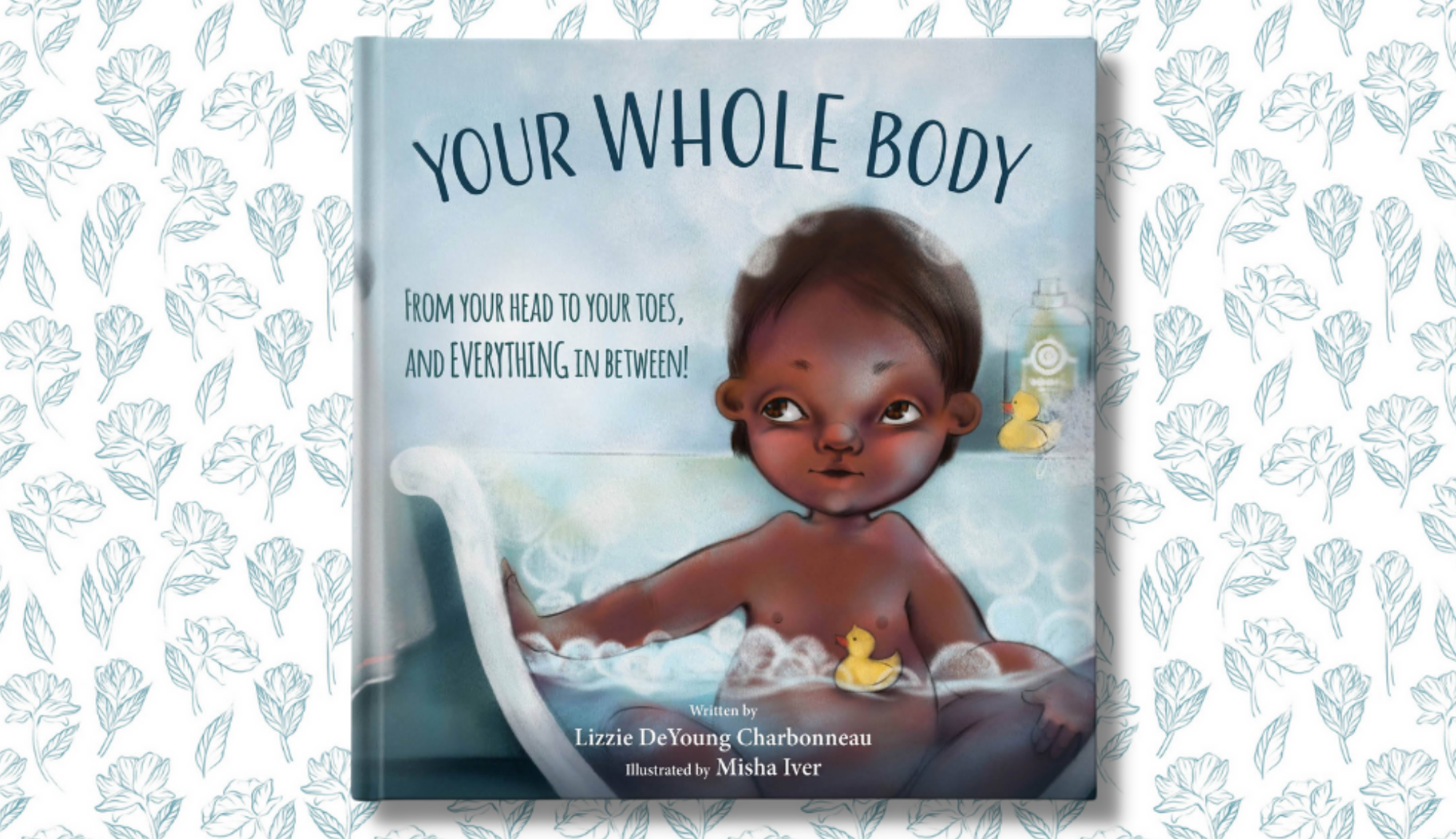 It’s not every day that you see a children’s book skyrocket to $40k in funding but that’s exactly what Lizzie Charbonneau orchestrated with her debut book, Your Whole Body.

Lizzie graciously shared some of the behind-the-scenes tips on how she shared her book with readers during the pre-launch phase and how she approached her target audience.

I started thinking about the campaign almost immediately after I knew I wanted to publish my book in October.
I started by doing a lot of research, looking at successful Kickstarters, and getting advice from Facebook groups.
I also created my Instagram very early and started following and interacting with people in the spaces where my book was concentrated: early sexuality education and child sexual abuse prevention.
My first set of outreach was to expert reviewers in January 2021.  I had some personal connections for expert reviewers, and I also reached out to experts that I found from reading academic articles, doing internet searches, and through Instagram.
In early March, I started creating posts for my Instagram account, actively seeking followers, and being even more active interacting with accounts I was following.
My next batch of outreach was to beta reviewers, which I started in late March once we had our final draft complete.

For a sensitive topic like mine, I believe expert reviewers are essential. The beta reviewers were also incredibly helpful in providing different perspectives.
I believe both sets of reviewers felt like they had a stake in the success of the book after they did their review, and so helped me spread the word about the book within their own networks more than they otherwise would have.
I started collecting massive numbers of emails (over 1,000) for organizations and individuals that supported the mission of the book in late March and invited them to be beta reviewers.

Around two weeks before my launch, I did mass outreach to all of the contacts I had collected, letting them know about the upcoming Kickstarter and sending them a pdf of a watermarked final draft of the book.
Then I reached out to everyone again the day of launch. 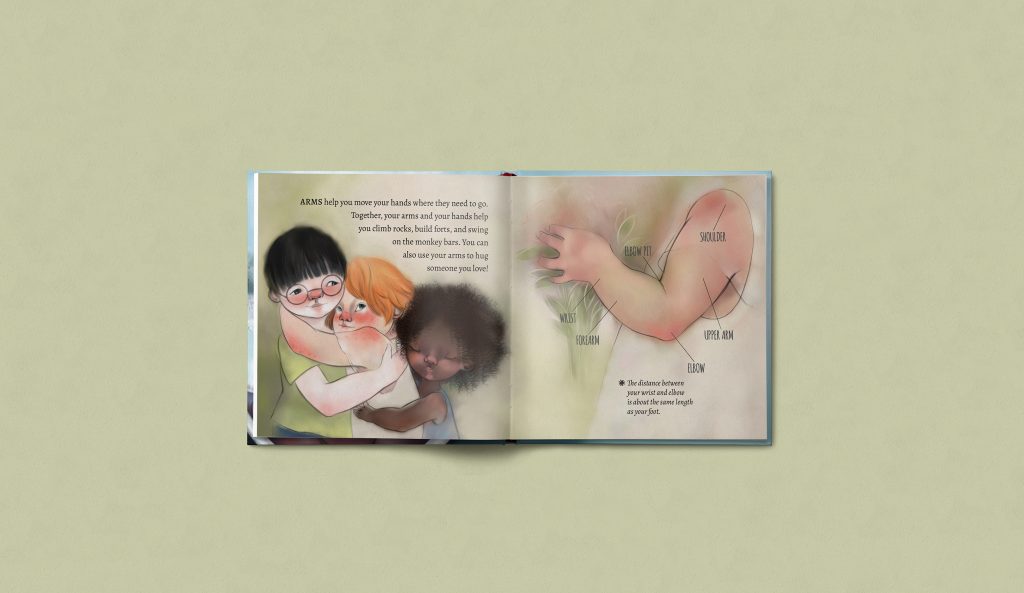 I think when you find your niche and really hone in on it, you’ll find people who are passionate.
If they see that you share their passion and you have something that can support their mission, they will help out. They not only want you to succeed but also want to help what you’ve created reach others.
I also tried to make it as easy as possible for them to spread the word, so they wouldn’t need to do extra work to support the book. In all my social media outreach, I provided a link to my media kit and attached an Instagram story and post that they could reuse quickly and easily.
Almost everyone used the post or story I sent them, and a handful used other images from my media kit. 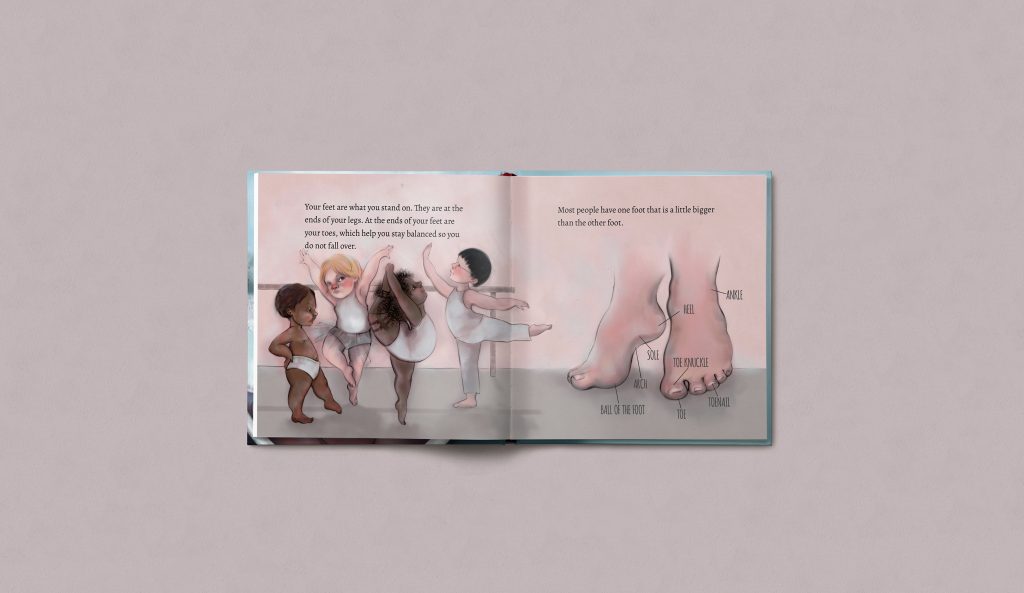 The level of impact that a single influential person in the space can have on your success.
My campaign was around $15k a week after launch. One of my Instagram contacts had over 230k followers.
They included my book in their monthly newsletter as well as posted it on their Instagram page the week after I launched. That got me another $15k in just a few days! If you’re able to find just one or two influential and trusted representatives in your space, that can have a huge impact!
You can have the best book and the best Kickstarter campaign, but if nobody knows about it, you won’t get funded.
Also, writing the book was the easiest and most enjoyable part of the process for me. The outreach and marketing were the most difficult, least enjoyable, and by far took the most time to do.
I’m not sure. A Kickstarter is very helpful in spreading the word because it gives people a goal they’re helping you to achieve.

It is also a trusted middle-man and has the all-or-nothing approach, which gives people more confidence that they’ll get what they paid for.

However, it is a lot of work and is very stressful. If I have another book in me that I’m as passionate about as this one, I’d do it again. Otherwise, probably not.
I decided to share the final draft of my manuscript liberally (watermarked).
I sent it to everyone I requested a beta review from, which included hundreds of individuals and organizations.
I wanted to make it as easy as possible for people to see what they would be reviewing and supporting without needing to reach out to me again to get the content.
I wanted to remove as many communication links as possible.
I didn’t think sharing the book would lose me any future purchases because people like having physical versions of children’s books.

What great tips from a wonderful author!

As you can see, Lizzie engaged with her audience and conducted outreach for approximately five months. She made it as easy as possible for readers to know what they were getting in the Kickstarter campaign by sharing a watermarked PDF of her manuscript and a super press kit designed for easy sharing on social media.

Even with all of that success, Lizzie admits Kickstarters are still stressful and a ton of work!

Be sure to order her book, Your Whole Body, if you’re not already one of her 1500 backers and connect with her below. 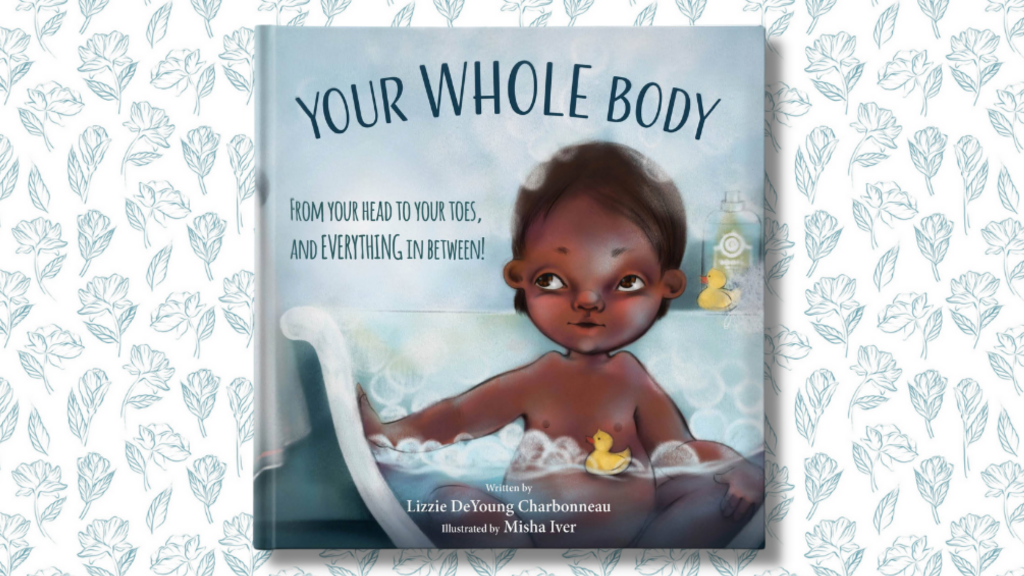 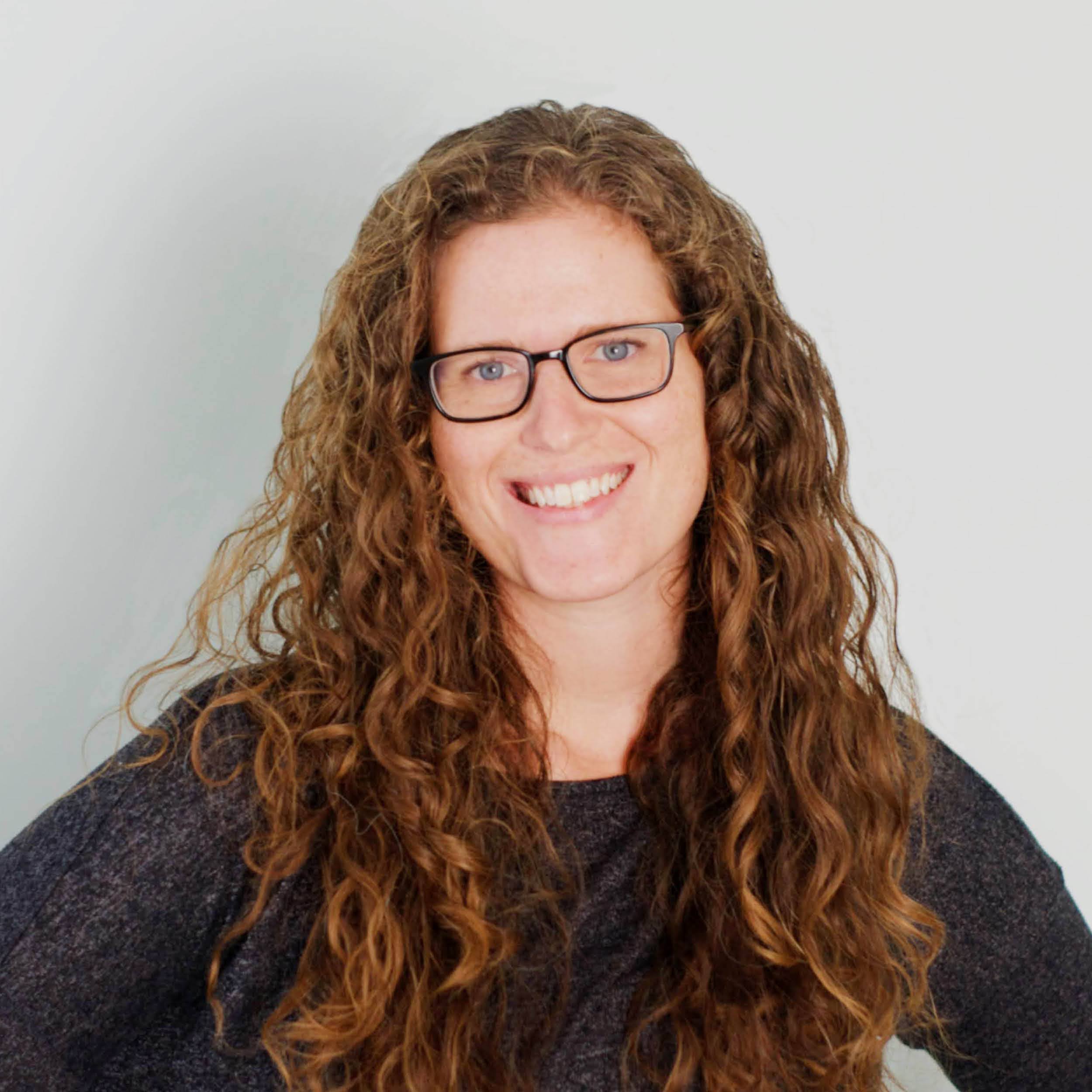 Lizzie DeYoung Charbonneau is a children’s book author, software developer, and mother. Lizzie grew up in Anchorage, Alaska, and currently resides in Massachusetts.

Lizzie believes it is important for young children to know the names of all of their body parts. To help teach her son about his body, Lizzie looked for a picture book that discussed genitals the same way as other body parts. She wasn’t able to find one, so she decided to write it, consulting with parents, child safety experts, pediatricians, gender specialists, and educators. The result is Your Whole Body, an inclusive book for children about the entire body. 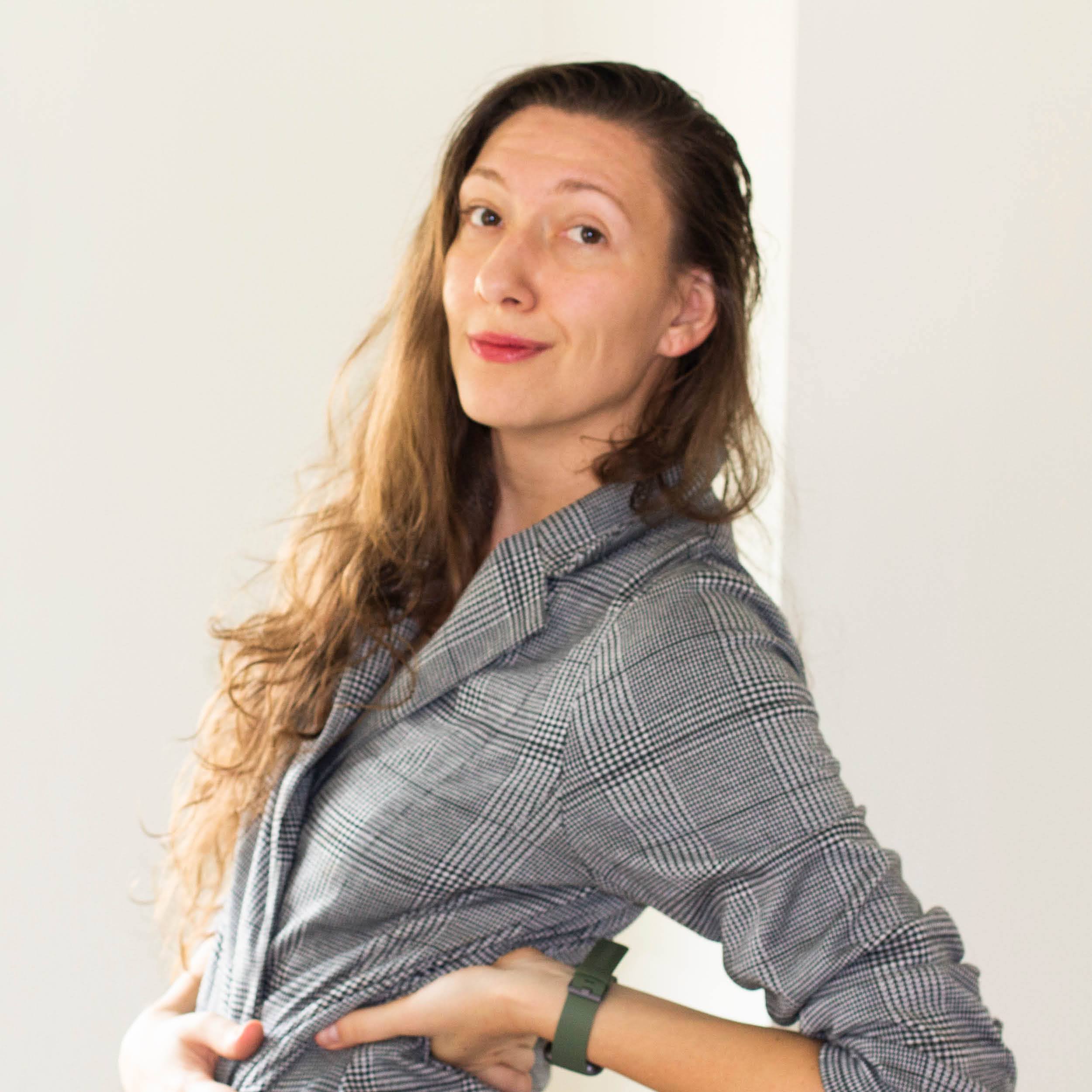 Misha Iver is an illustrator who has made her home in Burlington, Vermont.

Because she believes that children’s literature represents inspiration, transformation, and hope, she feels lucky to work in this field where she can be a part of a significant and beautiful force.

Misha Iver draws her deepest inspiration from nature, and her love for botanical illustration has made it a specialty of hers.

You can connect with Misha at mishaiver.com.

If you’re interested in learning WHAT it takes to create a campaign that has this level of success, then you’re invited to book a free 60-minute discovery call with Lisa Ferland here.

Please, serious inquiries only — you must have big goals ($10k or more) and be ready to work hard and invest in your own success.