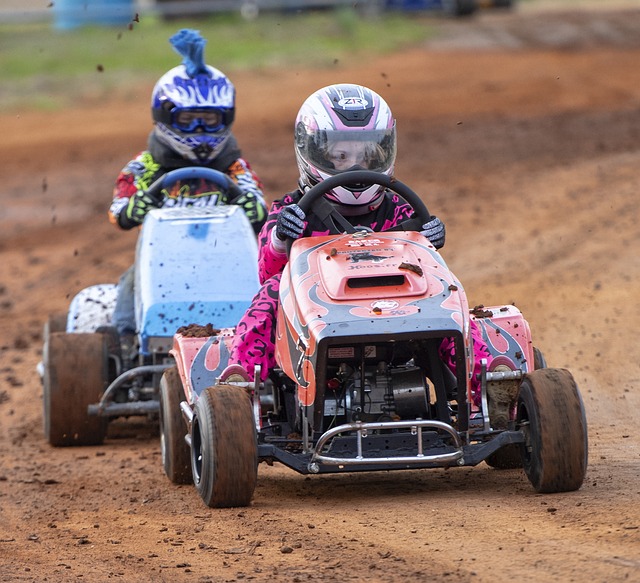 You can successfully crowdfund books on either Kickstarter  and IndieGoGo platforms. In this article, I will make suggestions to help you decide which one is best for you and your book.

Be sure to read the “About us” part from both websites bearing in mind that they are giving you the FAQs with a natural bias to promote their platform.

Writing and Publishing projects on both platforms

Kickstarter has launched 42k projects in the Publishing category with a success rate of 31%.

IndieGoGo is much less transparent about their stats and requires a bit more digging.

Here’s their comparison chart between IGG and Kickstarter.

I often get frustrated with IndieGoGo because they bury their Writing and Publishing projects on the front page of the website. One has to know exactly where to look to “stumble upon” those projects whereas Kickstarter makes it very easy to navigate from the homepage.

I have no idea how many Writing and Publishing projects have been launched on IndieGoGo because they haven’t published category-specific statistics and many of their campaigns are acquired through their InDemand program (described below).

You really need to head over to the Writing and Publishing category and poke around to see what the average funding levels are for books in your genre.

IndieGoGo wins over Kickstarter in this category. IndieGoGo provides a landing page where you can collect emails from people who are interested in your book.

This is just a screenshot—don’t enter your email here 🙂

Not only will they help you collect emails but they feature your landing page on their website under “Launching Soon.” 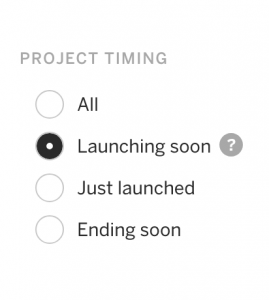 Creators on Kickstarter will need to collect emails using a separate lead generator or on their own websites.

If you launch on Kickstarter your Kickstarter page will no longer accept backers once the campaign ends.

IndieGoGo wisely sees this as an opportunity to swoop in and acquire successful projects to their platform.

You’ll be contacted by IGG to feature your campaign as part of their InDemand Program.

The InDemand program allows you to redirect backers who missed your original campaign to order your books through their website.

It won’t really hurt you to do this, but I’d rather direct folks to buy my book directly from me using PayPal or Stripe and pay those fees (~6%) rather than the IndieGoGo platform fees plus payment processing fees.

Either way, when you’re on IGG doing research on books in your genre, be sure to look out for books that were actually acquired through this program. Those books were not successfully funded on IGG.

Here’s what it looks like—you have to hover over the question mark icon to get the truth about where that author found success.

A lot of people mistakenly think that the general population has heard of a Kickstarter more often than an IndieGoGo campaign and therefore, they are better off launching on Kickstarter.

Most people who you will want to support your campaign have zero clue what crowdfunding is and will need a step-by-step explanation. They really don’t care if it’s on Kickstarter or IndieGoGo because it’s all foreign to them anyway.

Choose the platform that feels right for you since you’re going to be directing your audience to that page anyway.

Rewards on Kickstarter are listed in ascending value (cheapest reward is listed first) which means that more backers are going to select the first thing they see unless they scroll down.

And who wants to scroll down?!? Such work.

IndieGoGo campaigns have a neat “Featured Reward” designation that pins whatever reward you want to the top of your campaign so people are more likely to select that reward. 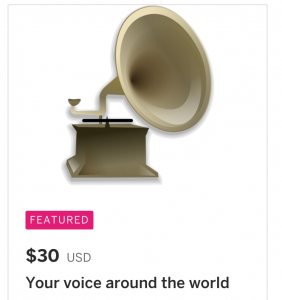 Pro tip: Set your featured reward to the average pledge you’d like to have for your campaign. Don’t set your reward value too low and lose out on awesome conversion opportunities.

Setting rewards too low is a common mistake that indie authors make.

Kickstarter and IndieGoGo have similar analytical features on the creator-side of their projects but Kickstarter creators can utilize Kicktraq—a Chrome extension plugin that provides predictions for how a Kickstarter project will ultimately end.

IndieGoGo’s backend analytics are pretty cool but they won’t show you how your campaign is trending into the future—only past contribution levels.

Communicating with your backers is a huge part of engaging and encouraging your backers to share the campaign. Unfortunately, Kickstarter holds your backers’ emails hostage during your campaign and only allows creators to communicate using the Kickstarter platform itself.

In doing so, Kickstarter backers (usually a distant relative who has never backed a campaign before) thinks that they are getting emails from Kickstarter itself and not you directly. They generally ignore these emails and wonder why you’re not communicating with them (insert eye roll emoji here).

Kickstarter also has a new “anonymous backer” option which allows backers to hide their identities from creators.

This anonymous feature may result in more backers but it also makes it impossible to properly thank your Aunt Mary for generously contributing to your campaign.

IndieGoGo gives you backers’ emails as the pledges come in, which is great for adding them to your newsletter provider and communicating with them directly.

Kickstarter has added a “Live” feature which is similar to Facebook Live videos but I don’t think they are very helpful for indie authors’ campaigns who are relying on readers from outside of the platform itself.

IndieGoGo has a great feature that automatically makes every backer into a referrer if they share the project link when they are logged in. Here’s more information on their referral program.

Kickstarter doesn’t have this feature built into the platform so you’ll have to do it using another referral program. Here’s how one Kickstarter creator incentivized shares via a referral contest.

Which platform you choose is really up to your personal preference. When I launched my second book on Kickstarter, I was wholly convinced that it was the platform for me.

When My Super Science Heroes found amazing success on IndieGoGo and I got to see firsthand how the email capture, Featured reward, and referral options worked, shockingly, I discovered that I preferred IndieGoGo’s features over Kickstarter’s.

But don’t take my word for it. Hop over to both websites, back a few projects, and decide for yourself.

Enroll in my FREE mini course on Crowdfunding Your Book here 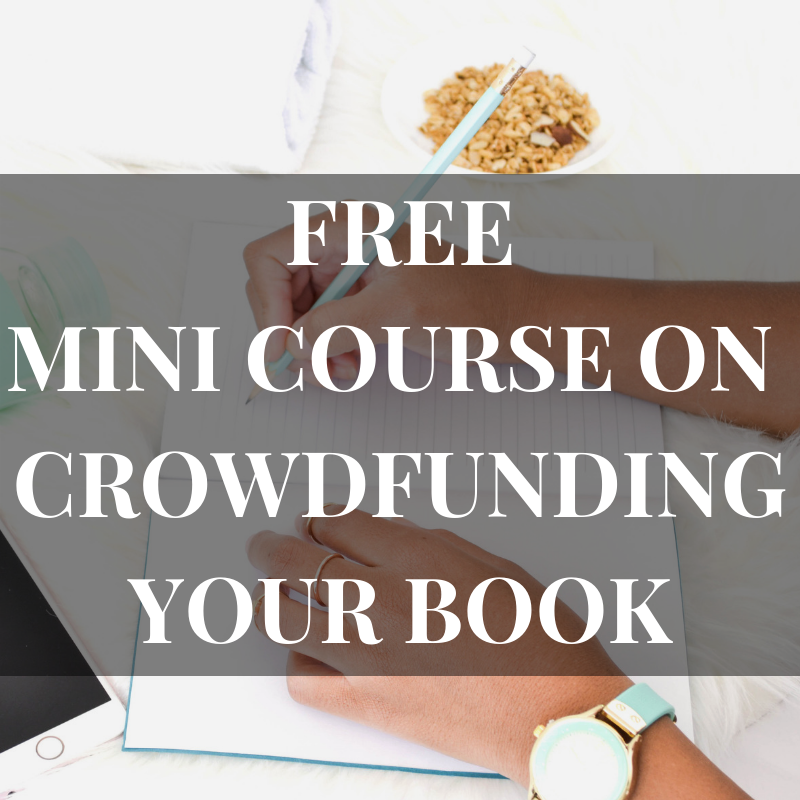 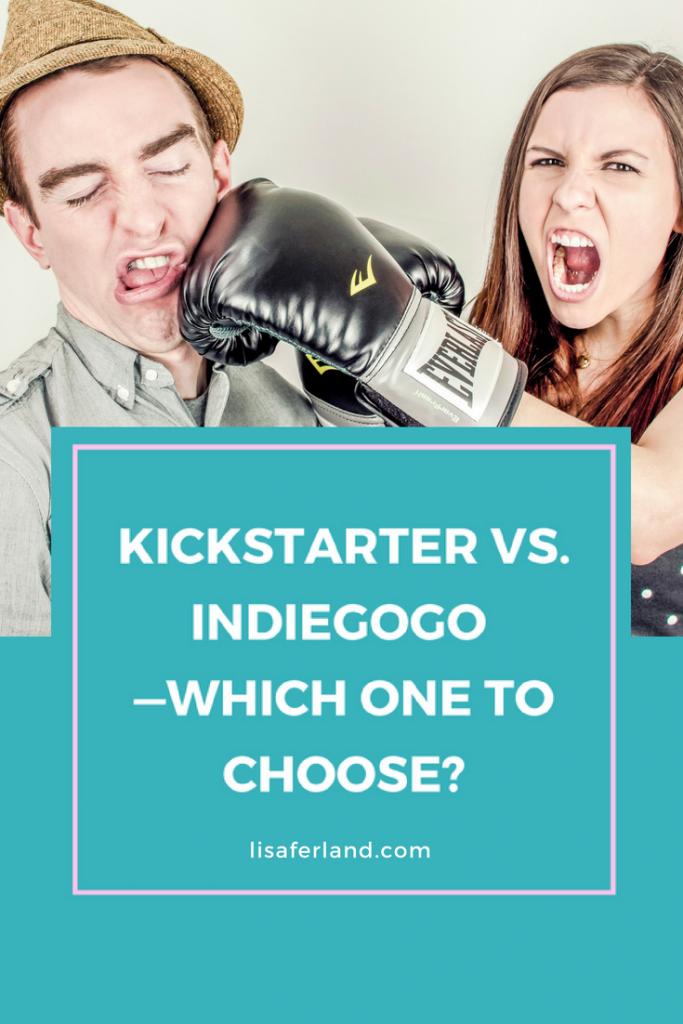