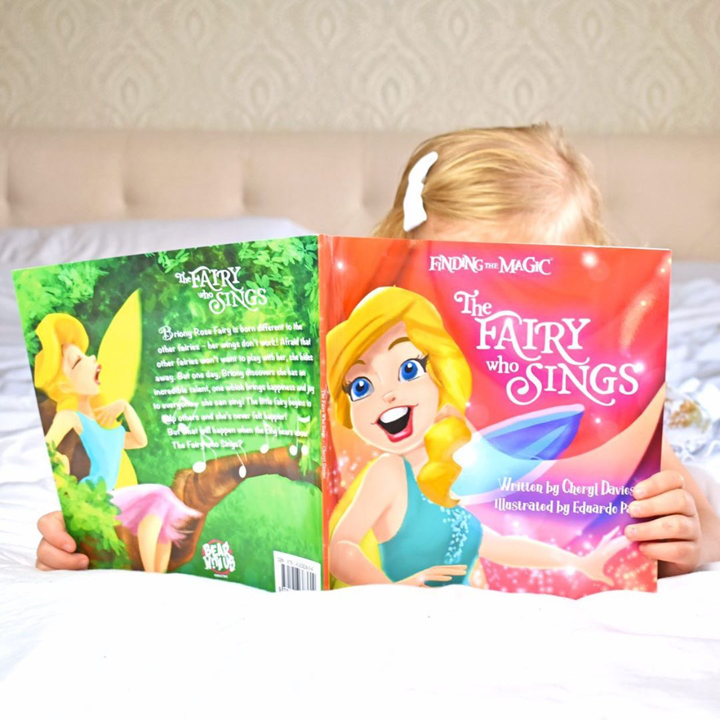 While some authors know about Kickstarter and a few have heard of IndieGoGo, there are over 600 crowdfunding platforms for authors to choose to market their books. The options grow every year as more people discover the power of crowdfunding.

I spoke with children’s book author, Cheryl Davies, about her debut picture book The Fairy Who Sings, to get insights on why she decided to crowdfund her book on Crowdfunder instead of Kickstarter.

Crowdfunder is a UK-based crowdfunding site and is popular with UK authors.

Find out if it’s right for you with Cheryl’s interview below.

If you have any experiences with Crowdfunder, please let us know in the comments.

Can you describe a bit about your vision for The Fairy Who Sings and why you decided to run a crowdfunding campaign?

The Fairy Who Sings is my debut book. I wanted to write for as long as I can remember. Working with children and writing for children were my two dream goals growing up and now I have achieved both.

For almost 20 years I worked with children who had witnessed or experienced domestic abuse. Helping those children to overcome the trauma they had experienced was a tough but rewarding job.

I put off my dream of writing for children, always waiting for the right time, I always said I would write my first book whilst on maternity leave but three children later that never happened as I was too preoccupied with my children and rightly so.

So, over the years I wrote personal poetry for friends and family instead with the odd hobby poem thrown in.

Then one day during a meeting with a deputy head in a school where I was supporting a child, we fell into a conversation about writing. I told him that it had been my lifelong dream that lay unfulfilled.

He encouraged me and said that there was no better time than now and that there would never be the right time and to just go for it.

So here we are!

That was around 14 months ago and it feels like a lot longer in many ways.

Editing the rhyme and meter

I hired a wonderful editor, Lor Bingham, who helped me develop my writing from poetry into stories.

The Fairy Who Sings was born. It was originally developed from a poem I wrote entitled Fairy Unique.

After multiple edits with Lor, I was happy with my story but it still needed a little bit of help.

It was important to me that The Fairy Who Sings was an inclusive story that had a strong female protagonist.

I wanted to show how important it is to have self-belief and that courage isn’t about not being scared but about how you overcome fear to achieve your goal.

I was advised that my story still needed a little bit of work on my meter and so worked with a wonderful poetry coach–Tamara Rittershaus—for some poetry coaching to help me learn more about meter.

Click here to read why you should always hire an editor…sometimes two!

When I was happy with my manuscript I began working with a fantastic team at Bear with Us Productions who brought my book to life, with the aid of an amazing illustrator Eduardo Paj.

They helped make the self publishing process a dream, which is exactly what I needed for my first book.

It was during the illustration stage of my journey, that I decided to run a crowdfunding campaign.

I decided after seeing many people unhappy with the low profit margins from KDP and the quality complaints too that I would like to do a print run, with the aim of taking the book as far and as wide as possible.

I didn’t have the funds to do that and so after seeing many successful authors run crowdfunding campaigns I decided to run my own.

I was originally going to do it through Kickstarter but then one day I saw a campaign called Back Her Business that was offering to support new businesses by match funding their Crowdfunder campaigns, if they were successful in hitting 50% of their target. I thought it was too good an opportunity to turn down.

Can you describe the type of prep work you did before you launched?

What resources were helpful in planning?

I began posting about my book and trying to get people interested in various groups across Facebook as well as trying to bring all my friends and family on board.

I also had bookmarks made with a QR code that linked to my Crowdfunder campaign.

I had to post about my campaign a lot.

I was worried about over posting but it’s just what is necessary. Most people will need to see the Facebook posts many times before they actually act upon it

What types of messages or strategies resonated the most with your audience/backers? Which strategies fell flat?

The more personal the message and post, the more people we’re interested in what I was saying. But I think time and day also played a huge part.

I could put out some posts that no one would like or respond to, then another time, the same post would have a lot of comments and interaction.

What surprised you the most about crowdfunding your book?

My Crowdfunder fell at a bad time as part of the way through it was the Covid-19 outbreak.

I decided to continue but I didn’t like to push things too much as I knew it was a tough time for many people.

Most of my backers were friends and family and only about 10 percent were strangers. Luckily it was enough to get me to my 50% goal to be able to receive my match funding from the campaign.

What advice would you give an author considering crowdfunding their book given that external circumstances are always beyond our control?

The only thing I would have lost if I was unsuccessful would have been my time, but I would have gained experience and learned what worked and what didn’t ready for next time.

Really, I can’t see that there is anything to lose in trying.

Do you think you’ll ever do another crowdfunding campaign again?

I will definitely run another crowdfunding campaign.

I’m not sure when I would do another one, as I’m not sure my friends and family would all back me the same way again, but I’m hoping that through my book The Fairy Who Sings, I will start to gain followers who are interested in reading my next book and may want to back my future campaigns.

A bit more about crowdfunding before we end…

I found Crowdfunder a great platform to use and the team supporting on the other end were absolutely fantastic.

I also had great support through the Natwest – back her business campaign.

At the beginning, they gave lots tips and advice on reaching as many people as possible.

The only downside to using Crowdfunder is that it is predominantly used and known as a way of raising money for charities or for people asking for money without offering rewards for those pledging support.

Therefore, because of that, I believe it may have lost some peoples’ interest straight away as they may not fully understand the reason behind your campaign no matter how many times it is explained.

At the end of the campaign, it was so easy to send my books to backers and to contact everyone as a whole or individually.

I could download a spreadsheet with all the information I needed including the orders and names and addresses of those who ordered books.

So, there was no need to request the information afterwards from backers, which I believe is necessary with Kickstarter.

It made my job of mailing out the rewards really easy as it was all there ready for me in a spreadsheet which I then transferred to word to print out my labels. 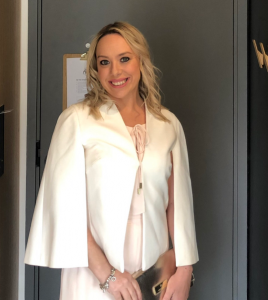 Cheryl is from a small town right in the middle of the UK. Cheryl has lived in the same town all her life, which is surrounded by a forest of outstanding natural beauty.

Cheryl finds walks there extremely magical and she feels creatively inspired by it.

Cheryl’s aim is to empower children with her magical adventures of self-discovery. The Fairy Who Sings is Cheryl’s first book in the Finding the Magic Series.

It is fully written in rhyme with hidden magic wands throughout that are waiting to be discovered, for that extra little bit of magic.

And be sure to grab her fun fairy book on Amazon:

Learn the strategies behind a $9k campaign

With a Cinderella story of her own, learn how Nikki Filippone went from cancelled campaign to $9k in 7 days.  —Read her story here.