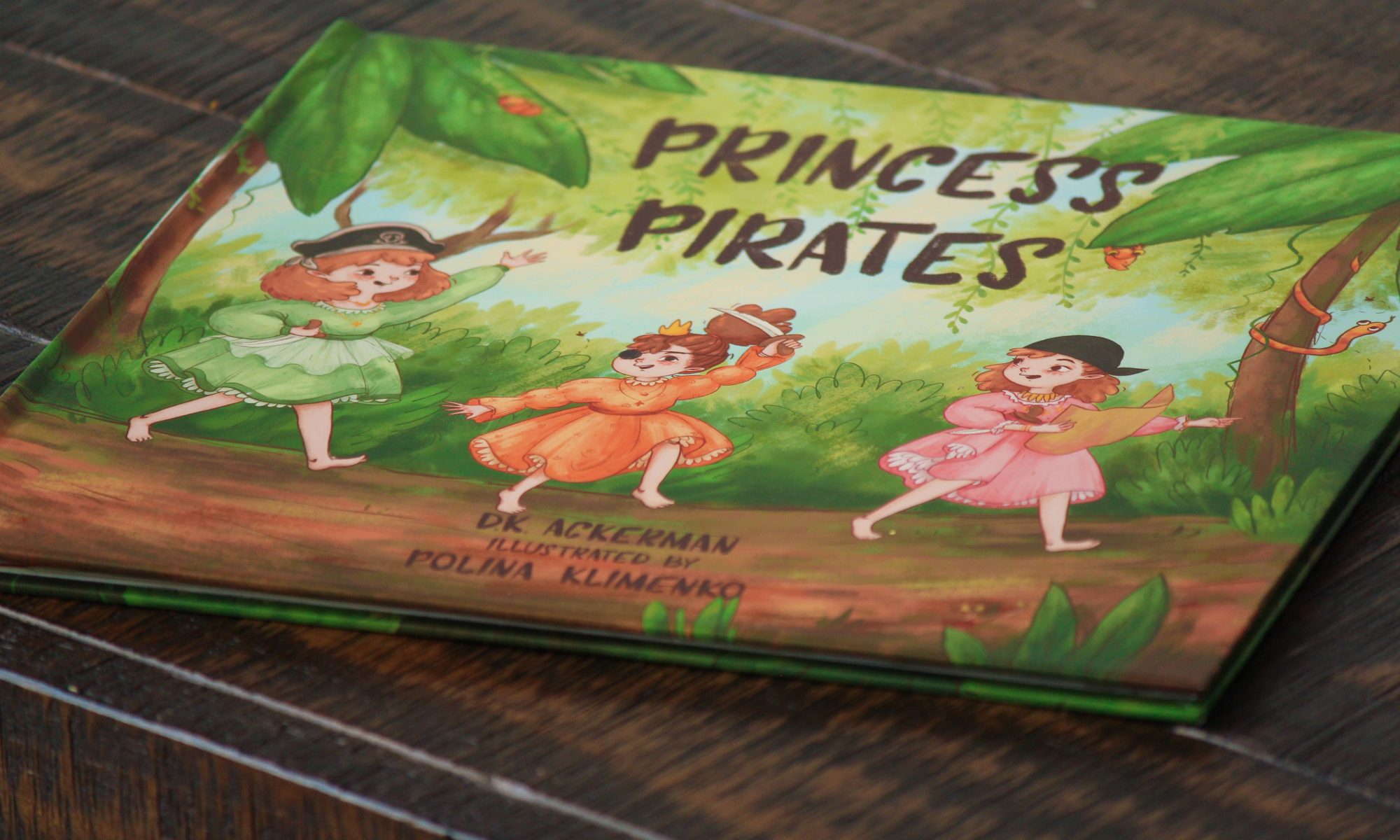 By connecting with people individually, Dana was able to connect and leverage her personal network to make a big impression on Kickstarter.

She exceeded her a goal of $5k and raised $7,085 from 214 new readers on Kickstarter for her children’s illustrated book, Princess Pirates.

Knowing the importance of launch day, Dana conducted extensive audience outreach and education prior to launch.

Find out how she secured 110 backers on Day 1 of her campaign while avoiding social media entirely in this interview with D.K. Ackerman.

In terms of reaching outside of my own personal network of friends and family, I didn’t do very much. Full disclosure, I hate social media!!

Probably because I just hate posting all the time though!! It’s something I’m realizing I especially need to work on now, though!

“I sent somewhere close to 300 emails or Facebook messages the week leading up to my launch date.”—D.K. Ackerman

I did quite a bit of research into other successful campaigns in the children’s books genre. I looked at their campaign pages and videos and even messaged a few of them to ask their advice on what were the biggest things they did to gain momentum.
I joined author Facebook groups which were super helpful and I still learn a lot from. I talked with my brother in law who ran a super successful campaign himself about what he did, and his approach is what I really owe my success to.
So, as a preface, I already said I was pretty bad at getting an audience before the campaign started, but just so you understand how small even my personal network is: I was home schooled my entire growing up years, went to two years of community college as a teenager and then transferred to a University and graduated from there after just two years.

I married really young and had our first child and decided to stay home with her very soon afterwards, so I didn’t have any connections in the workplace really.
I’ve been a stay at home mom for years, and my average Facebook post gets around 30 likes or so. Not so encouraging when you are about to launch something like this!!
But, something my brother in law did was he sent individualized e-mails to friends and family. So, that’s what I did!
I sent somewhere close to 300 either emails or Facebook messages the week leading up to my launch date.
I tried to make as many messages as personal as I had time to.
I asked everyone 1). if they would back my project on DAY ONE and stressed why that was important and 2). share it with people they thought would appreciate a project like mine on day one as well.
That really made the biggest difference and I think was the biggest reason I was able to do what I did on my first Kickstarter. Not all of those people responded or could back my project, but a lot of them did and shared, too.

Surprising aspects of the campaign

I was actually really surprised at 1). How much support I got on day one! I really stressed to everyone how important it was to get momentum on day one, but I was still so excited to see how many people paid attention ha!

And 2). I was surprised at how much support I got from Kickstarter itself.

Over 20% of my sales came directly from Kickstarter’s platform.

I was selected as one of their favorite projects and was able to become really visible.

I chose Kickstarter because I thought it would be a good way to launch my book, but I never imagined I’d get that much support just from people cruising the site!

Best advice for others

People underestimate the power of their own personal network and overestimate how much of that network sees their Facebook posts.
Friends and family WANT to support you, but don’t get discouraged if you post about your book and no one responds–they either didn’t see it, or didn’t realize how important it is to you.
Let people know what you’re doing in personal ways so they can recognize the work you’ve actually put into your project and of course they will want to support you!

It is a pain in the butt getting everything done, not gonna lie!

But, not only did Kickstarter offer me a way to reach a whole set of people I couldn’t find on my own, but it also gave me the push to make sure when I launched my book to pre-order, I did it right.

Oh man, this being my first Kickstarter there are so many things I’ve learned!

Next time I would make my page more fun and focus on adding graphics so it looks more engaging.

Due to a lot of complicated reasons, I didn’t actually know my start date until two weeks before I launched, which meant I couldn’t really reach out to a lot of outside sources with enough time to get the word out.

Next time I’d have a fixed launch date months before and so I can go to news organizations, influencers, and other outlets with enough time for them to get my messages and be able to create content that can come out during the Kickstarter.

As it is, I’m getting responses from people who want to feature my book now that my Kickstarter has ended.

I am also looking forward to creating a bigger following on social media (as much as it pains me to say!) before my next launch.

Advice for other authors

Having a book launch, whether through Kickstarter or on your own platform is invaluable!!

It forces you to do so may vital things like solidifying your message and why your book is important; creating content that helps people connect with your book; seeing if there is actually a market for your book; not to mention not having to invest your own money before you jump into something this big!

Kickstarter is especially awesome for finding new people who are interested in your book, but I recommend have a really clear message if you’re going to go that route.

You can have a successful pre-order launch on your own site and use your own personal network.

However, if you want to reach other groups of people Kickstarter can offer that, but the only way those other people are going to see your project is if you have a fantastic first day and make your message clear and important.

I really feel like there were so many more things I could have done. 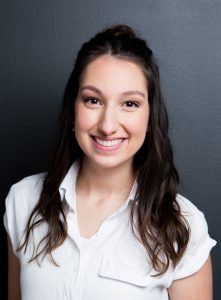 D.K. Ackerman was schooled at home by a stay-at-home feminist and a dad who always encouraged her to chase her dreams. She graduated from BYU-Hawaii at age 19 and was married and started a family soon after.

She is now mother to three girls and boy and spends her day going on adventures with them. When she’s not with them she is helping her husband run his businesses and writing about her children. She is passionate about letting children be children and believes that creating spaces where their creativity can be limitless means their futures can be too.

How to set up your own crowdfunding-esque pre-order system

The best month to launch your book’s campaign

5 Obstacles Crowdfunding authors want you to know before you launch

Schedule a free 20-minute session with Lisa to get customized help for your book’s crowdfunding campaign. 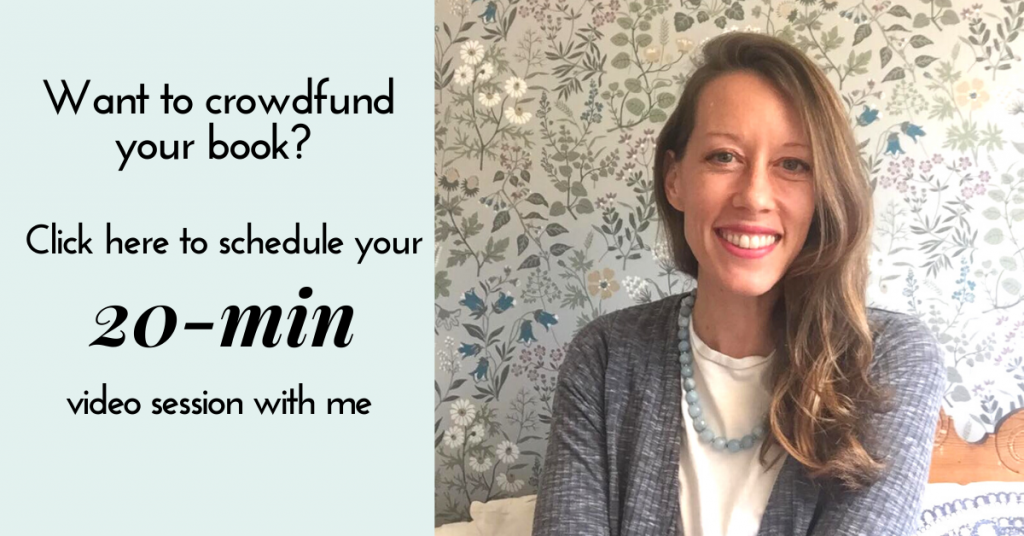